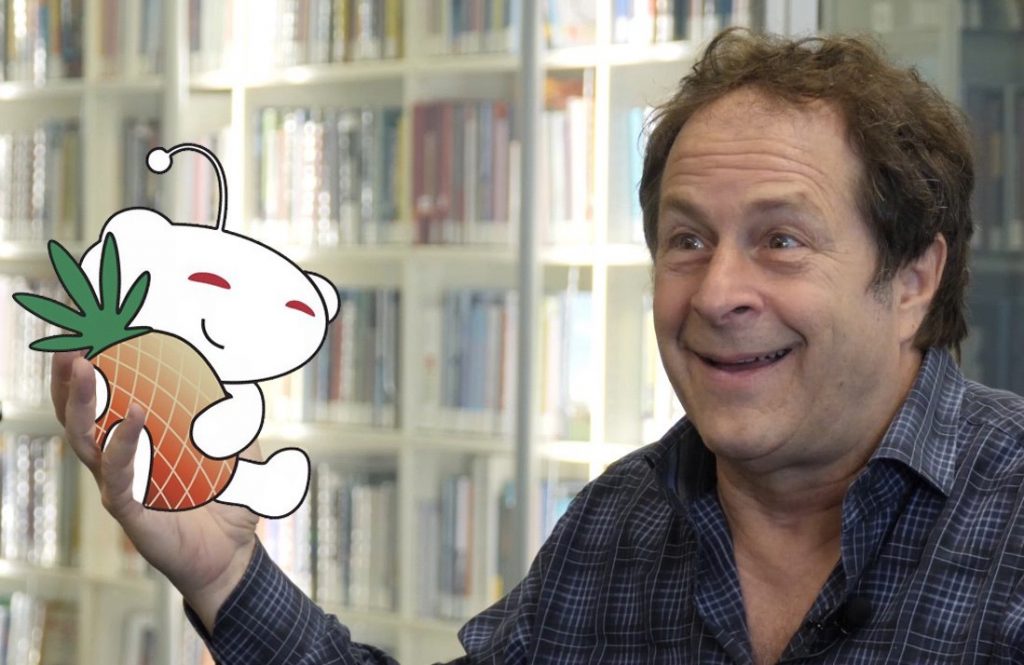 When MAPS founder Rick Doblin was in Amsterdam for our event on MDMA research, he sat down with journalist Thijs Roes for a wide-ranging conversation. One of the topics they touched upon, was how recent MAPS funding had gotten off the ground.

In 2017, MAPS was a much smaller organisation. With no help from any government and no large funds available to them, MAPS had to get by on relatively small donations. Until an anonymous Reddit user called Pine suddenly announced that he had millions of dollars available to support causes that would otherwise be overlooked. She (or he) had bought bitcoins for an incredibly low price, and had had an epiphany while on Ketamine-therapy: the best way to live life was to help other people, and give as much the newly gained wealth away.

“MDMA-assisted psychotherapy will be a gift to the world from the psychedelic and cryptocurrency communities,” Rick Doblin wrote earlier. And in the interview he says the grant “changed everything for us”. Pine ended up giving $5 million dollars to make MDMA-assisted therapy a reality. MAPS is now in phase 3 studies to get MDMA approved and legal for clinical therapy.

Rick Doblin will be speaking at icpr-conference.com – the leading scientific psychedelic conference of Europe, held from September 22 until 24.

ABSTRACT
Contemporary esotericism is replete with references to impressive “mystical” or visionary experiences, which are typically credited with having radically changed people’s lives by bringing them into contact with a “spiritual” dimension of reality. Given the widely acknowledged fact that the contemporary neo-esoteric revival has its historical roots in the 1960s, known for its widespread experimentation with psychoactive substances such as LSD, it is remarkable how rarely specialists in this domain (including the speaker himself, in his 1996 monograph on the New Age) have seen this dimension as relevant at all.

In my lecture, I will argue that widespread experimentation with psychoactive or “entheogenic” substances is a significant factor in contemporary esotericism and should be given more attention by scholars. With some notable exceptions, such as Terence McKenna, Daniel Pinchbeck, or Alex Grey, esoteric authors and spokes(wo)men have tended to play down or deny this dimension, especially after the beginning of the “war on drugs” around 1970, and on the whole, scholars have been somewhat naïve in taking such emic denials at face value. Especially since “higher knowledge” or “gnosis” is widely seen as an important aspect of Western esotericism, the widespread claim that it may be attained or facilitated by psychoactive substances must be taken seriously in the study of contemporary esotericism.

Wouter J. Hanegraaff is Professor of History of Hermetic Philosophy and Related Currents at the University of Amsterdam, the Netherlands, President of the European Society for the Study of Western Esotericism (ESSWE; see esswe.org), and a member of the Royal Dutch Academy of Arts and Sciences. He is the author of New Age Religion and Western Culture: Esotericism in the Mirror of Secular Thought (Leiden 1996/ Albany 1998); Lodovico Lazzarelli (1447-1500): The Hermetic Writings and Related Documents (Tempe 2005; with Ruud M. Bouthoorn); Swedenborg, Oetinger, Kant: Three Perspectives on the Secrets of Heaven (West Chester 2007), and numerous articles in academic journals and collective volumes. His forthcoming monograph Esotericism and the Academy will appear with Cambridge University Press in 2012.

Dr. Sidney Cohen tells with precision and restraint the story of the most interesting among them, LSD, in this book. He has long worked with the drug under hospital conditions and is aware both of its possibilities and its drawbacks. He gives many detailed accounts of LSD feelings in different subjects, and they are fascinating and colorful. He indicates the uses and possible uses of LSD in tapping the unconscious or the abnormal mind, and the usefulness of this for therapists. He discusses LSD in terms of “model psychosis” or “instant Zen.” He treats mystical experiences and visions in terms of what we have learned from these drugs. In a fascinating chapter he discusses hallucinogens for possible war use—they have been considered as incapacitating agents that might limit lethal warfare—and he shows how they too would lead to death. “A pill does not construct character, educate the emotions, or improve intelligence,” writes Dr. Cohen. “It is not a spiritual labor-saving device, salvation, instant wisdom, or a shortcut to maturity. However, it can be an opportunity to experience oneself and the world in a new way—and to learn from it. “The book is free of medical jargon. It tells thestory of LSD—which is full of brilliant color andbright new deep perception—trying to keep the experience intact. We all live in a world of sensation, and it is sensation itself that is illuminated here. Dr. Cohen explores LSD as a possible gateway to the vastness within.

The Beyond Within: The L.S.D. Story, by Sydney Cohen, Atheneum, 268 pages.