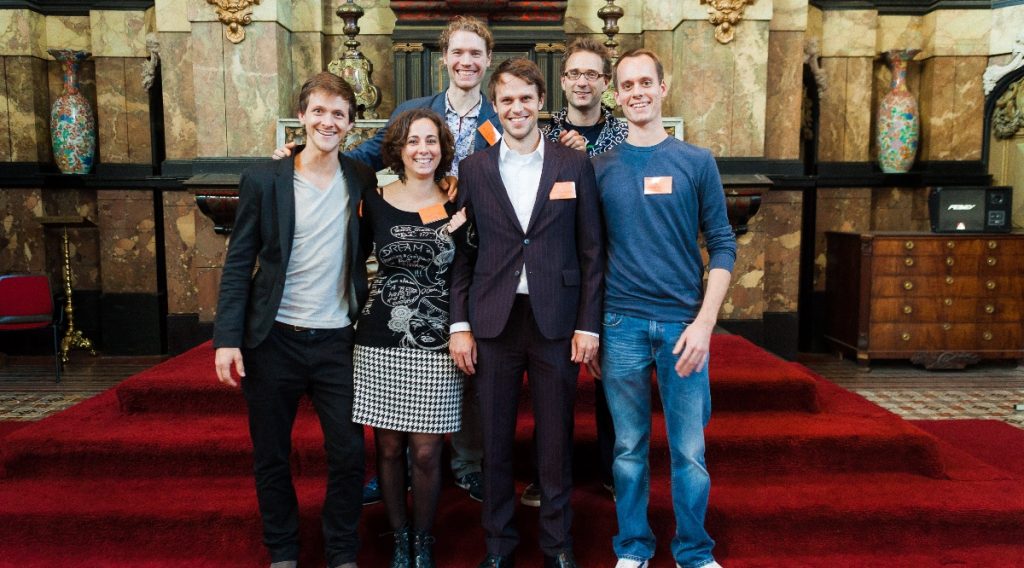 After 15 years of service, I recently resigned from the board of the OPEN Foundation. In these words of goodbye, I’d like to share some personal reflections on the foundation’s (and to some extent, my own) journey into adulthood, as well as some of my hopes for the future.

In 2006 I was a psychedelically inquisitive cultural anthropology student, looking for her tribe. I longed for connection with others who were personally and academically curious about psychedelics and the states of consciousness they give us access to. The legendary LSD Symposium in Basel opened my eyes to the existence of a community of sciency psychonauts and I wanted to be part of it. Since the Netherlands lacked an organization that combined science and psychedelics, I did what young and naive idealists do: I decided to start a new organization. Little did I know that this foundation would become so intertwined with my life and identity, on so many levels. If psychedelics are the red thread in all of my adult life, OPEN is a delicately woven magic carpet – and I’m immensely grateful for the ride. It has brought me to new places, new ideas, and aspirations and it connected me with so many like-minded people, who over the years have become my colleagues, friends, and advisers. I even met my significant other – yes, OPEN has quite literally led me to my family.

We started out as a local student-run organization with many dedicated and loyal volunteers. The taboo on the topic of psychedelics was still palpable, even in a country with a supposedly progressive drug policy like the Netherlands. To give an example: when OPEN wanted to become a customer at a national sustainable bank in 2007, we were denied a bank account because the topic of psychedelics was deemed too controversial – even in the context of academic research. How much has changed since those early days.

Over the past decade, OPEN has developed into a mature organization with an official tax-deductible non-profit status. If our foundation excelled in one thing, it’s in organizing conferences: the Interdisciplinary Conference on Psychedelic Research (ICPR) has become an internationally renowned event praised for its high academic quality. When we organized our first lecture in 2007 – “Ayahuasca & Anthropology” with Jeremy Narby – we could only fantasize about a psychedelic conference with accreditation for Dutch mental healthcare professionals. At ICPR 2016 this fantasy became a reality and ever since, our conference has been officially accredited by the leading professional mental healthcare organizations.

Some of OPEN’s recent achievements that I’m proud of are the 2020 publication of the “Tijdschrift voor Psychiatrie” (the leading Dutch journal for psychiatrists) which was dedicated entirely to psychedelics; the ongoing collaboration with the KNAW (Royal Dutch Academy of Sciences) which so far has resulted in a several very interesting symposia; and the very recent manifest “Therapeutic use of Psychedelics” which has opened up a constructive dialogue with the Dutch Ministry of Public Health about the regulation of psychedelics assisted therapy. All of the above are examples of collaborative efforts and they illustrate one of OPEN’s core qualities: its ability to connect people and organizations, to build bridges between academic and professional fields. I haste to add that my felt pride in these achievements is purely from the sideline, as a board member – I haven’t been actively involved in any executive tasks for quite a long time. Full credits and gratitude for these achievements go to all of OPEN’s executive employees and the team of dedicated volunteers.

As a network organization in the psychedelic field, OPEN is witnessing a huge change in the professional climate. Psychedelics are now being hailed as “the new promise in mental healthcare” by professionals from a multitude of backgrounds, as well as by mainstream media and multi-billion investors. The psychedelic renaissance has definitely shifted gears – and although these times are definitely exciting, they also come with challenges.

One of the challenges that non-profit organizations like OPEN currently face, is how to relate to and navigate in an increasingly complex field, that includes stakeholders whose interests in psychedelics are mainly economical. What’s at stake in the rapidly commodifying field of psychedelics are, among others, safety and equal access. Such topics involve exploring ethical questions  – the answers to which will reverberate in the ways in which psychedelics will be integrated into our healthcare systems and societies. If you ask me, answering these far-reaching ethical questions should not be left to the market. Solving these complex issues is not the prerogative of the academic world either. The future of psychedelics now belong to a – primarily local, but increasingly global –  public debate, in which non-profit organizations in the psychedelic domain are contributing their independent, evidence-based, and objective voice.

Another issue that I take at heart, which I hope OPEN will address within its own organization and events in the coming years, is the matter of equal representation and diversity. The psychedelic research world in 2022 is still primarily a white, middle/upper class, heterosexual, cisgender, male-dominated domain. Other ‘flavors’ of being human are painfully underrepresented or lacking entirely – not only as presenters at conferences but also as participants in psychedelic research and members of (advisory) boards. Alas, OPEN is no exception –  there is certainly room for improvement to diversify our board, advisory board as well as presenters at ICPR. Our very diverse base of volunteers does look very promising in this regard and hopefully will inspire other segments of the organization.

For a topic so rich and colorful as psychedelics, that pertains to a universal human experience, the lack of diversity is not only an embarrassing fact but such a missed opportunity. We are all biologically wired to experience psychedelic states of consciousness – but how we experience these states subjectively, how we reflect upon and interpret them, how we give meaning to them… how can this not be influenced by our subjective experience of ourselves and our relation to the world? Time and time again, it is stressed that set and setting are paramount in determining the psychedelic experience. Let’s not forget that gender, cultural background, ethnicity,  socioeconomic status (among others) are all part of that set. Diversity is a rich palette of all the different hues of human experience – if there’s one research area that can’t get away with using greyscale only, it’s psychedelic research.

As my concluding thoughts, I want to build on a well-known metaphor of psychedelics as a multi-faceted diamond. In contemporary western societies, psychedelics have long been a diamond in the rough, valued for their potential by a relatively small group of people. They have been polishing the gemstone by using the scientific method, and by doing so, are attracting more and more people who, for various reasons, are interested in this jewel. Although psychedelics are being hailed as a promising tool in medicine, it’s important to emphasize that clinical research into these substances is just one of the diamond’s many facets. Psychedelics and the states they induce are such a rich and complex research subject – to study them from one discipline only wouldn’t do justice to it. The sociological, anthropological,  philosophical, neurobiological, and psychological perspectives – just to name a few – are all equally deserving of being studied. They are also intricately related to each other. By stimulating an interdisciplinary approach, organizations like OPEN contribute to the polishing of the entire diamond.

It’s worth noting here that many non-western cultural traditions have appreciated the richness of psychedelic consciousness for centuries and that there is a lot to be learned from such traditions – even if they take an angle that at first glance doesn’t seem compatible with our materialist scientific approach. The reverence and respect with which they treat psychedelic agents are exemplary and there is much wisdom in the ritual infrastructure in which psychedelic journeys are embedded in their societies.

As the academic world at large is becoming increasingly attracted to the precious gemstone called psychedelics, so are other domains of our society drawn to its shimmer and shine. The resulting tension raises fundamental questions, a few of which I will leave you with to consider. If all humans are biologically wired to get a glimpse of this diamond – can it ever be claimed as someone’s property? Will this diamond divide us, once again? Or does its true power lie in its ability to connect us?

On this note, I would like to say goodbye. I wish OPEN all the best – may you continue to connect people, organizations, and the many different academic disciplines from which psychedelics can be studied. May you show the academic world what a fascinating diamond the psychedelic state of consciousness is while maintaining an objective and independent voice.

A huge thank you to everyone who has been involved with OPEN in the past 15 years – and a prospective word of appreciation for all of the foundation’s future supporters.

Farewell, dear OPEN Foundation! I will happily take a seat in the audience at ICPR 2022. Or… perhaps I will apply as a volunteer!)

Co-founder, former Chairwoman & former board member of the OPEN Foundation

With my dear friends and (former) board members of OPEN, at the first ICPR in 2012