The Therapeutic Potentials of Salvinorin A 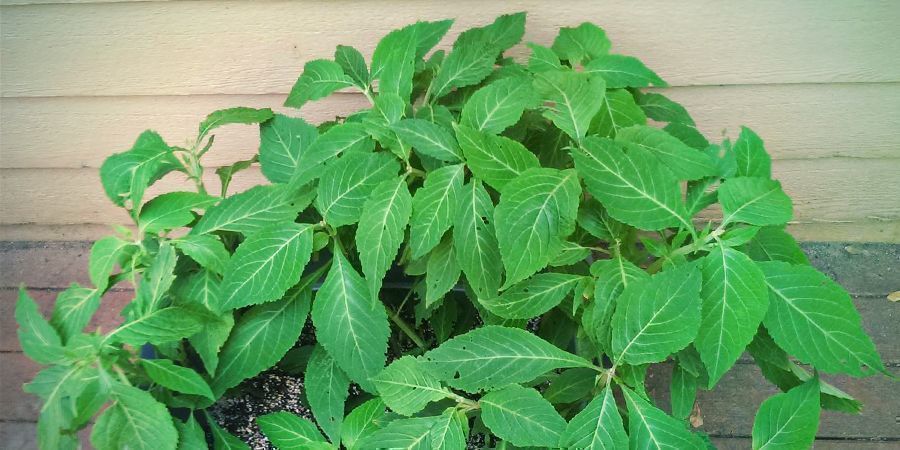 Salvia divinorum is a sprawling perennial herb found in the Sierra Mazatec region of Mexico. It has a history of use as a divinatory psychedelic, and has been widely available since the mid 1990s primarily as a smoked herb. Jean Basset Johnson was the first to document its use in 1939. R. Gordon Wasson, better known for his ‘discovery’ of the psilocybin mushroom, continued to document the Salvia divinorum herb and eventually confirmed its psychoactivity on himself in ‘A new Mexican psychotropic drug from the mint family’ published in Botanical Museum Leaflets (1962). Salvia divinorum remained an obscure psychedelic until the mid 1990s when Daniel Siebert, a then still unknown independent researcher, began self experimentation and documented its effects extensively. The Salvia divinorum experience is rather elusive, that is to say its effects seem to vary even more tremendously then other psychedelics, both between people and across sessions.

The molecule, or more specifically; ‘neoclerodane diterpenoid’ (not to be confused with ‘alkaloid’, which always contains a nitrogen atom), behind the dramatic effects of Salvia divinorum is the extremely potent Salvinorin A. “Essentially inactive if taken orally”, says Valdés in ‘Salvia divinorum and the unique diterpene hallucinogen, Salvinorin A’ (1994), “the compound is effective in doses of 200 to 500 mcg when smoked”. This makes Salvinorin A the first documented diterpene hallucinogen and the most potent naturally occurring hallucinogen thus far isolated”. “Salvinorin A”, says Siebert in ‘Salvia divinorum and Salvinorin A: new pharmacological findings’ (1994), “produces effects which are subjectively identical to those experienced when the whole herb is ingested. Salvinorin A is effectively deactivated by the gastrointestinal system, so alternative routes of absorption must be used to maintain its activity”.

This compound is interesting for many reasons, but recently it has come to the attention of researchers because it acts as a kappa opioid receptor agonist (Roth, 2002). It is the first known compound acting on this receptor that is not an alkaloid. The κ-opioid receptor is a protein and is one of four related receptors that bind opium-like compounds in the brain and are responsible for mediating the effects of these compounds. These effects include altering the perception of pain, motor control, and mood. Wang et al. (2013) demonstrated that “administration of Salvinorin A after hypoxia/ischemia preserves cerebral autoregulation via the κ-opioid receptor pathway”, ultimately presenting a novel opportunity for the prevention of prenatal cerebral hypoxia/ischemia. Fichna et al. (2012) investigated the effect of Salvinorin A (administered intraperitoneally once a day) on acute pain, oedema and formalin-induced persistent pain in mice. The researchers concluded that Salvinorin A exerts analgesic actions and also shows moderate anti-inflammatory effects.

More recently Salvinorin A was used to research the relationship between the claustrum (a sheet of neurons which is attached to the neocortex in the center of the brain) and consciousness. Stiefel et al. (2014) suggests that “the consciousness-altering effects of S. divinorum/salvinorin A are due to a κ-opioid receptor mediated inhibition of primarily the claustrum and, additionally, the deep layers of the cortex, mainly in prefrontal areas”. This finding leads them to believe that Salvinorin A might be new evidence in favour of the ‘Crick and Koch theory’ (1990) which claims that the claustrum is the “conductor of consciousness”, not unlike the philosopher René Descartes claimed for the pineal gland.

Dr. Karl Hanes, researcher at the ‘Cognitive-Behavioural Treatment Centre’ in Melbourne Australia, reported on a treatment-resistant depressed patient (Ms. G) under his care and the management of her symptoms of depression through Salvia (2001). “During a review consultation some seven months after discontinuing cognitive-behavioural therapy”, says Hanes, “Ms. G claimed to have found relief from her symptoms of depression with use of the herb Salvia divinorum. A HAM-D score of 2 confirmed remission of her symptoms of depression at this time. Ms. G claims that she discovered its antidepressant effects accidentally after smoking the herb and had later developed a method of oral consumption which she claimed maintained its antidepressant effects even after she abstained from using it for up to a week”. Preliminary research (animal models) asserts Ms. G’s case and shows that Salvinorin A might become a therapeutic agent in the treatment of depression.

Carlezon et al. (2006) found that Salvinorin A “decreased extracellular concentrations of dopamine within the nucleus accumbens, a critical component of brain reward circuitry, without affecting extracellular concentrations of serotonin (5-HT)”. Butelman et al. (2004) showed that “the naturally occurring hallucinogen Salvinorin A produces discriminative stimulus effects similar to those of a high efficacy κ-agonist in non-human primates” (rhesus monkeys). Much research is done in the field of addiction and focuses primarily on Salvinorin A’s supposed anti-addictive effects. Activating the kappa-opioid receptors (KORs or KOPrs) produces anti-addictive effects by regulating dopamine levels in the brain (Kivel et al., 2014). The κ-opioid receptor may provide a natural addiction control mechanism, and therefore, drugs that act as agonists and increase activation of this receptor may have therapeutic potential in the treatment of addiction. “Activation of KORs”, says Tomasiewicz (2008), “reduces the reward-related effects of cocaine. Inasmuch as cocaine-induced behavioral stimulation in rodents may model key aspects of enhanced mood in humans, these findings raise the possibility that KOR agonists might ameliorate symptoms of conditions characterized by increased motivation and hyperfunction of brain reward systems, such as mania and stimulant intoxication”. These are obviously very exciting effects. “The development of KOPr-selective agents with improved drug-like characteristics” says Carlezon (2009), “would facilitate preclinical and clinical studies designed to evaluate the possibility that KOPrs are a feasible target for new medications”.

“Unfortunately”, says Kivel (2014), “classic kappa-opioid agonists have undesired side effects such as sedation, aversion, and depression, which restrict their clinical use”. Acute activation of kappa opioid receptors produces ‘anti-cocaine’ like effects, but because of considerate adverse effects their clinical use has remained limited (Simonson, 2014). Salvinorin seems to sidestep this problem. “Salvinorin A and its semi-synthetic analogs”, says Simonson (2014), “have been shown to have potent KOPr agonist activity and may induce a unique response with similar anti-cocaine addiction effects as the classic KOPr agonists but with a different side effect profile”. Salvinorin A retains the anti-addictive properties of traditional kappa-opioid receptor agonists with remarkable reduction of side effects.

However, there are still many obstacles to be overcome. For instance, a major problem is Salvinorin A’s rapid metabolism in the human body. Because of the short length of activation, Salvinorin as such will probably not be a good candidate for clinical development. In an effort to re-engineer Salvinorin’s pharmacokinetics, researchers have sought to produce kappa-opioid receptor agonists based on the structure of Salvinorin A that do have the desired length of activity. “While work in this field is still in progress”, says Kivel (2014), “several analogs with improved pharmacokinetic profiles have been shown to have anti-addictive effects”. These new analogs will eventually provide the characteristics sought after by clinical researchers for treatment.

Given the reemergence of interest into psychedelics and their potential as therapeutic agents it is hardly surprising that Salvia divinorum would attract attention. Salvia manifests a powerful psychedelic experience which is grounded in a unique neurochemical process which seems to have anti-addictive potential. It is surely a substance worth exploring within the psychiatric and psychopharmacological disciplines in the future.