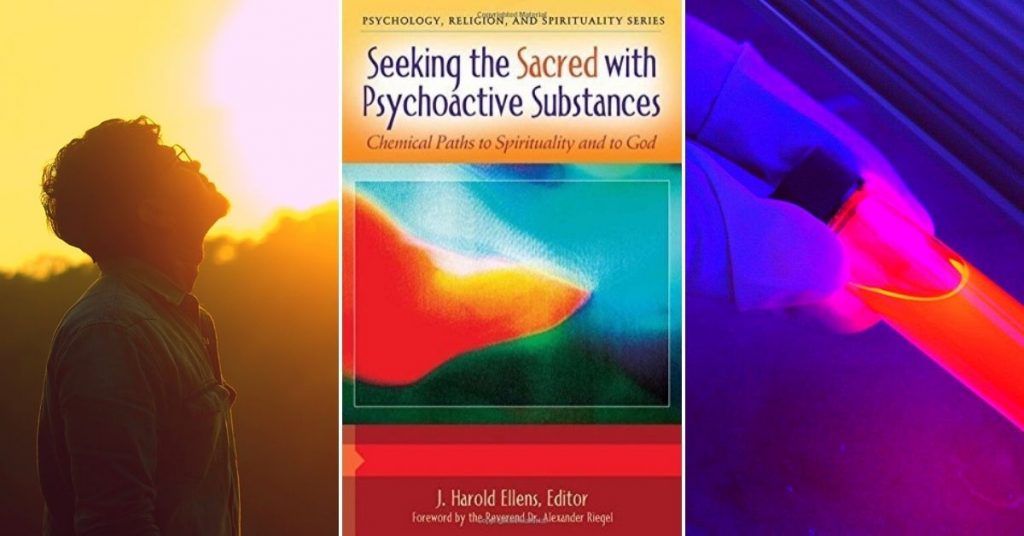 This is part two of a two-part review of this publication in the Psychology, Religion, and Spirituality Series published by Praeger. Read part one here.

After the historical accounts and analyses of the first volume, the second volume consists of a collection of essays reflecting on current research into the spiritual aspects of the psychedelic experience from a broad spectrum of disciplines. Some of the theoretical problems of researching psychedelic-induced spiritual experiences are also addressed.

The book starts with three chapters by researchers involved with the Johns Hopkins group that studies psilocybin-induced mystical experiences. William Richards reflects on the difficulties of studying mystical experiences in a clinical setting and how entheogens provide a way to more deeply understand such experiences. He shows how they can be part of a healing program for patients suffering from end-of-life anxiety, addiction or depression and anxiety. He also touches upon one of the recurring themes of this second volume, which is the question whether the mystical experiences resulting from the use of psychedelics are genuine. Robert Jesse and Roland Griffiths give an overview of the research that has been conducted at Johns Hopkins with over 200 volunteers from different backgrounds. They elaborate on the relation between the mystical experience and its long-term effects on personality and the self-ascribed spiritual significance of the experience.

Then there are some anthropological essays on the use of psychedelics in modern-day religious and shamanic settings. Joseph Calabrese analyses the therapeutic use of peyote in the Native American Church, showing how for the Navajo the alteration of consciousness, the spiritual and the therapeutic are deeply connected. This is exemplary for many non-Western cultures. Evgenia Fotiou gives us an impression of the reasons people travel to the Amazon to partake in ayahuasca retreats, showing that such tourists are looking for a liminal experience and consider their journey somewhat of a pilgrimage. They look for personal transformation and healing, and display a conceptualisation of spirituality as both healing and transformational which is similar to the Native American Church’s.

Beatriz Labate and Rosa Melo write about the relation between an organized ayahuasca religion, the União do Vegetal (UDV), and scientific study. The UDV is actively involved with research into the therapeutic properties of Hoasca, their term for the beverage. This chapter is a review of a book they have published and a reflection on their motives for doing so, and it shows how the science is both formed by the group’s beliefs and simultaneously develops their beliefs and adds to them. The insights from science strengthen the group’s worldview.

An old essay by Walter Pahnke and William Richards, reprinted from a time when the use of psychedelics was not yet illegal, shows the promise these substances once held for science and society and reflects the idealism psychedelic science evoked in the sixties. The anecdotal chapter that follows is an interwoven personal history by Zalman Schachter-Shalomi and Stanley Krippner. It gives an interesting picture of the era and of some of its key figures.

We then read three chapters on the topic of the validity of psychedelic mysticism. Roger Walsh argues that these experiences are genuine and that psychedelics can, under certain circumstances and by certain people, be employed to attain mystical consciousness. Ralph Hood dives deeper into the science of measuring mysticism and shows that with the most elaborate rating scales we have developed, it is impossible to distinguish psychedelic mysticism from any other type of mysticism. In a wonderful essay, Dan Merkur attempts to elaborate a cartography of mystical experience, showing how the experience is coloured by beliefs and ‘overbeliefs’, a particularly insightful term he borrows from William James. He argues that such interpretation brings one away from the core mystical experience and closer to the cultural milieu in which one operates.

David Steindl-Rast makes a similar argument. The mystical core of religion is, according to him, the same wherever one looks and local interpretations have a tendency to stratify religion and turn the lived experience into dogmatic moralism. In his view, the mystical experience is always a challenge to the status quo of religion insofar as it has devolved into dogmatism.

The next four chapters can be regarded as interpretations of the mystical experience. Christopher Bache gives a highly personal account of his experience of death and rebirth under the influence of psychedelics, along with the insights and growth these experiences have enabled. This is then elaborated upon by Anthony Bossis, who is doing research into the use of psilocybin and mystical experience to alleviate existential distress in the dying, arguing that meaning provided by spirituality is essential to being at peace with one’s own end.

In a short essay, Thomas Roberts introduces the work around the perinatal theory of Stanislav Grof, who writes in the next chapter about the influence of psychedelics in science and therapy. This chapter resonates with Steindl-Rast’s, as it shows how the psychedelic experience shakes up certain dogmatic parts of academia and brings new insights to the fore.

The penultimate chapter by David Yaden and Andrew Newberg is about self-transcendent experiences by other means than psychedelics and the other classical ways to induce altered states of consciousness. They focus on the emerging field of non-invasive brain stimulation and show how such techniques will radically alter the way in which we think about spirituality on the one hand and healing and therapy on the other.

In the last chapter, Robert Fuller dives deeper into the arguments for and against the validity of chemical illumination, contending that the arguments against this idea are only partially true. He then goes on to link this debate to the one surrounding the legality of psychedelics and their spiritual applications. He concludes the book with an appeal to spiritual maturity, showing that we should only judge a certain form of spirituality by the way people are transformed by it and by the degree to which this transformation is beneficial for them personally and for society as a whole.

All in all, this second volume provides thought-provoking material. It shows both the promise and the limits of psychedelic spirituality and urges us to keep looking further towards a better understanding of both the psychedelic experience and our consciousness in general. Many essays emphasise, or implicitly argue from, the hypothesis that the mystical experience is the common core of all religions, which has often been stated before, but the literature that criticizes this idea is notably absent from these volumes.

The two volumes together provide an overview of and reflection on the various ways in which psychoactives were and are used within spiritual and religious contexts. It is the broadest-ranging academic publication to date on the subject. It will shape the debate for years to come.