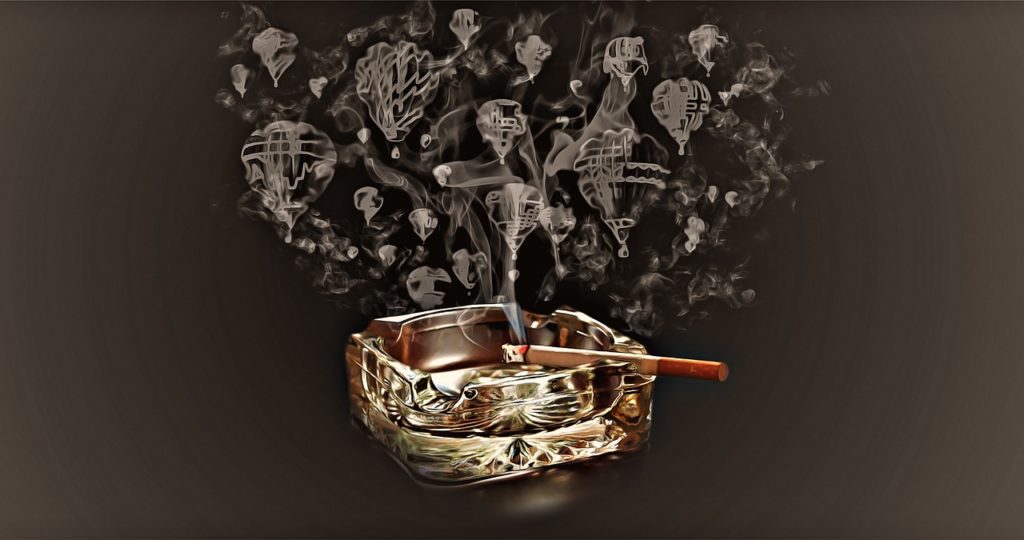 A positive treatment perspective for one of the current most persistent and deadliest addictions comes from a psilocybin-assisted smoking cessation study carried out at the Johns Hopkins University School of Medicine in Maryland, USA [2].

The form of treatment consisted of up to three psilocybin sessions additional to cognitive behavioral therapy. Twelve out of fifteen participants (80%) succeeded in quitting their habit after this treatment for a minimum of six months [3]. Participants experienced an increased faith to effectively deal with the addiction, a heightened spiritual awareness and an uplifted state of overall well-being. An interesting finding was that, although three participants didn’t succeed in quitting, this group turned out smoking less cigarettes a day six months after the beginning of the treatment.

Because of the study design lacking a control group, it is not (yet) possible to solely ascribe the therapeutic effect of the treatment to the characteristics of psilocybin. Nevertheless, these results promise a better treatment perspective for psilocybin combined with cognitive behavioral therapy than for regular treatment options. The success rate in this study being 80%, compared to 25% to 34% when treated with buproprion or varenicline respectively [4], or compared to around 50% when treated with a combination of bupropion, nicotine replacement, and intensive cognitive behavioral therapy [5][6]. More scientific studies would be necessary in order to understand the full potential of treating smoking addiction with psilocybin or other pharmacons that have their mechanism of action on the 5-HT2A-receptor.

The idea of using psychedelics to fight addiction is nothing new. In the 50s and 60s there were a lot of research projects focusing on the therapeutic potential of these compounds. The interested reader might want to take a look at a meta-analysis by Teri Krebs (2012), which, based on six of these studies, concluded that the treatment of alcoholism using LSD seemed to be very effective.

[1] World Health Organization (2011)
[2] Johnson, Garcia-Romeu, Cosimano, & Griffiths (2014)
[3] The notion should be considered that several participants indicated to have a relapse period between the last psilocybin session and six month follow-up, but that they were able to correct it themselves and continued as non-smokers until follow-up.
[4] Gonzales et al., 2014; Jorenby et al., 2014
[5] Hall et al., 2009; Killen et al., 2008
[6] Success rates are based on 7 day point prevalence abstinence measures of smoking behavior. Gathered by self-report and urine- and breath analyzes.