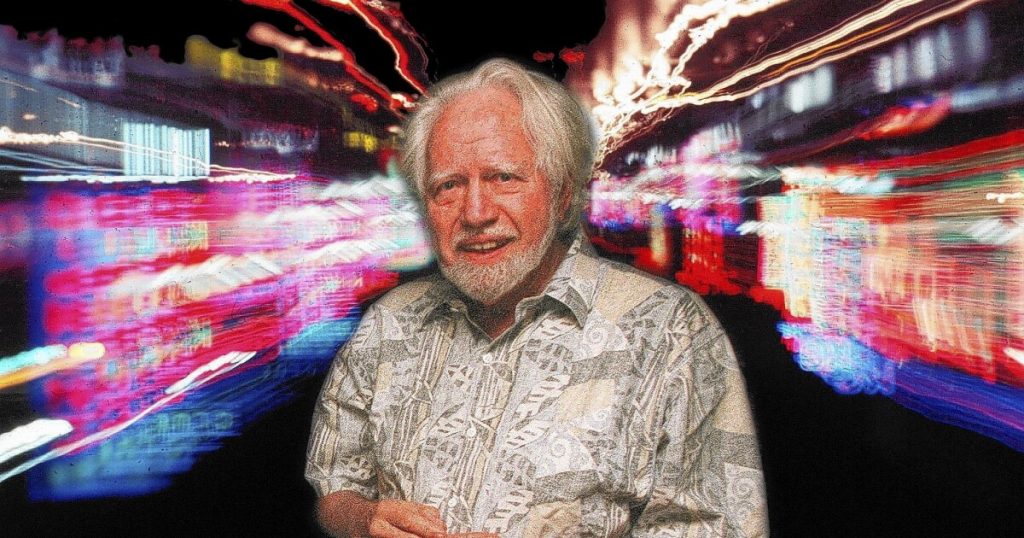 With great sadness, the OPEN foundation would like to acknowledge the death of maverick chemist Alexander “Sasha” Shulgin, who passed away on June 2nd. Dubbed “the godfather of Ecstasy,” Shulgin was credited with introducing MDMA to psychologists in the late 70’s, years before the drug hit the global dance scene.

However MDMA was only one of hundreds of chemicals Shulgin synthesized during his lengthy career. After earning his biochemistry degree from UC Berkeley in 1954, he worked briefly as research director at BioRad Laboratories before becoming a senior research chemist at Dow Chemical Company, where he synthesized the first biodegradable insecticide, Zectran.

Because Shulgin made Dow a sizeable profit, he was granted the freedom to create and patent new drugs. He chose psychedelics. In the late 1950s, Shulgin experimented with mescaline, which he wrote revealed “that our entire universe is contained in the mind and spirit.” But his interest in pharmacology was sparked years earlier. While in the Navy as a teenager, he got a shot of morphine for an injury, making him wonder how drugs altered consciousness. This passion for understanding the human mind and how to unlock its potential—chemically, of course—would mark his career.

In 1966, Shulgin left Dow Chemical to freelance as a consultant and for the following decades worked from his backyard lab in Berkeley, California. In 1976, he heard about MDMA, which was first synthesized at Merck in 1912 as an unimportant precursor in a new synthesis for haemostatic substances and subsequently shelved. He went on to synthesize it, and discovered it was a powerful empathogen, “with emotional and sensual overtones.” He then introduced it to a therapist friend and word spread quickly both inside and outside the therapeutic community. Without MDMA, the dance music scene of the last 30 years would have looked entirely different.

Shulgin was a fixture in the psychedelic subculture that believed in better living through chemistry. He contributed a rational, scientific perspective to the field, coupled with enthusiasm for thorough self-experimentation.

Shulgin died of several health complications after years of poor health, and had recently been diagnosed with terminal liver cancer. He was 88. His wife, Ann Shulgin, with whom he shared thousands of psychedelic experiences, survives him.