The Old World has had its own remarkable history concerning psychedelic research – it was after all the continent where Albert Hofmann first discovered LSD and where Dutch professor Jan Bastiaans treated the trauma of Holocaust survivors with the same substance for many decades.
Now, the psychedelic wave has washed ashore again in Europe, and we’re here to witness it first-hand. In this piece, we have attempted to give the most complete overview of the current wave of psychedelic science that’s happening on the European continent.
The past decade has seen a new wave of academic research into psychedelics – a fledgling but true renaissance of this scientific frontier. Currently, phase 2 trials are underway for the study of MDMA-assisted psychotherapy in the treatment of PTSD in Europe, psilocybin studies are underway in more than one nation, and multiple academic hubs facilitate growth of the field.
Below we summarize the experimental psychedelic studies in the fields of (clinical) psychology, psychiatry and neuroscience in Europe. Many of these studies are still young, and will take years to complete. Still, this decade will likely harbor historic moments in moving psychedelics into the mainstream in Europe – because psychedelics science has only just started scratching the surface of what’s possible.

In addition to the research carried out at these universities, two multi-site trials – sponsored by the non-profit organisation MAPS (mdma) and the for-profit Compass Pathways (psilocybin) – are underway in Europe, thereby involving various academic treatment centers in Europe in psychedelics research.
There are a few main research hubs in Europe where most of the psychedelics research is concentrated. At these locations, multiple studies below are performed.

Below we summarize the current European research into three psychedelic substances: LSD, psilocybin or mdma3.
Experimental research can be broken down into two basic categories. The first are the clinical trials, in which psychedelics are administered to patient populations. The other is neurobiological research, in which the effect of psychedelics on healthy participants are studied.
Of course, the field of psychedelic research is much broader and includes naturalistic, historical and qualitative research methods such as used in the social sciences and humanities. For lack of a central registry in which such studies are enlisted, it is harder to keep track of ongoing non-experimental (social scientific) research.
Clinical Studies 👩‍🏫First, let’s look at all the clinical studies that are going on.

“LSD is a Baseler product,” said Matthias Liechti to the Guardian about the most famous product from Basel, Switzerland. Liechti – a professor in clinical pharmacology at University Hospital Basel and speaker at ICPR 2020 – studies the effects of LSD on the human mind and body. “It’s tied to Basel’s history as a centre of pharmacology and innovation.”
How fitting that almost all research with LSD is taking place in the substance’s ‘place of birth’, Basel.

About a third of all experimental studies with psilocybin are happening in Europe. All of the European psychedelic research hubs – University of Zurich, University Hospital Basel and Imperial College London – are currently involved in clinical or neurobiological research with psilocybin. Europe also hosts 11 of the 21 sites of the clinical study on psilocybin therapy for treatment resistant depression – for which its sponsor Compass Pathways was granted a breakthrough therapy status by the FDA in 2018.
Clinical studies with patients: 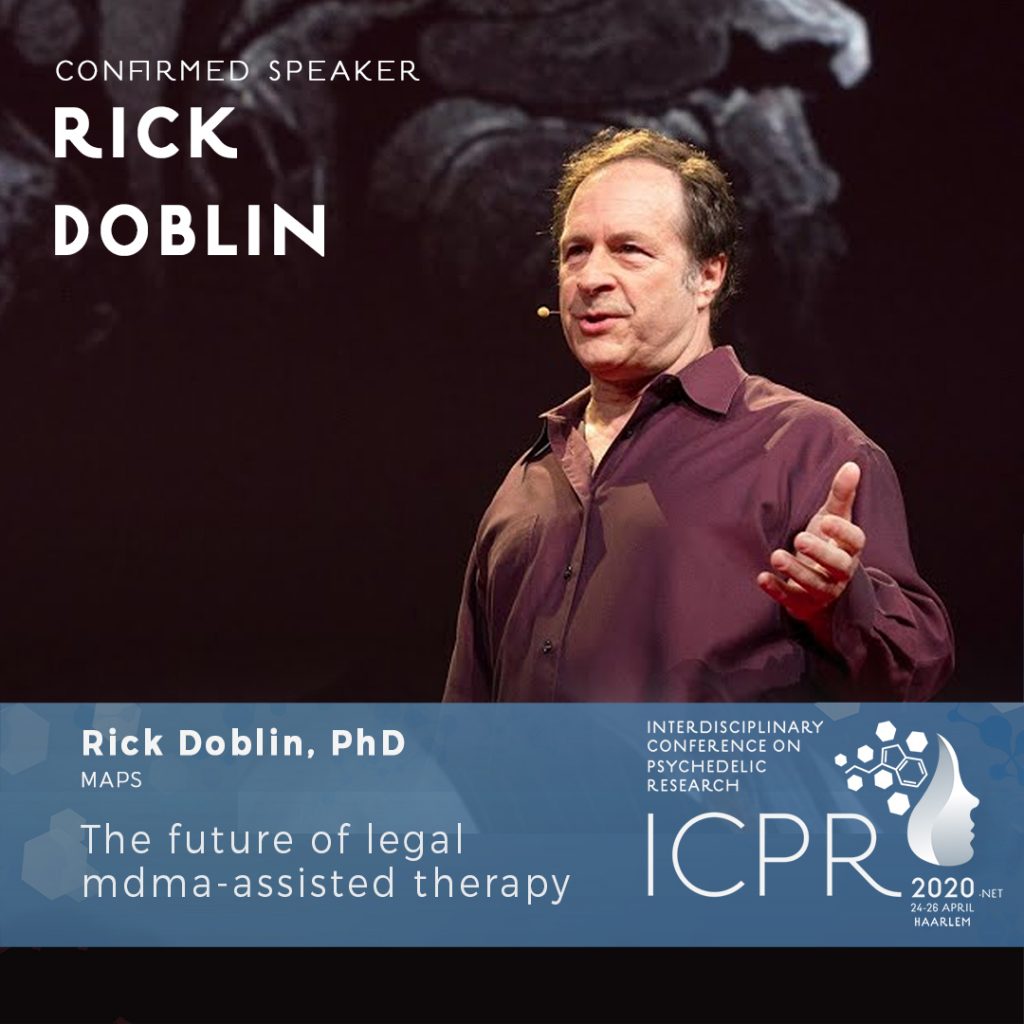 MDMA studies by MAPS
The Multidisciplinary Association for Psychedelics Studies from the United States -and headed by Rick Doblin- is planning phase 2 and phase 3 clinical trials to develop MDMA-assisted psychotherapy into an approved treatment for PTSD. In order to conduct part of these trials in Europe, MAPS has created a European-based subsidiary.
Six study sites in five European countries are involved in the “Open Label Multi-Site Study of Safety and Effects of MDMA-assisted Psychotherapy for Treatment of PTSD With Optional fMRI Sub-Study”:

The University of Bristol and Imperial College London are collaborating in an ongoing study on mdma as a treatment for alcoholism. The “Bristol Imperial MDMA in Alcoholism Study (BIMA)” is an open label within-subject feasibility study in 20 patients with Alcohol Use Disorder who have recently undergone detoxification. The study is conducted by Ben Sessa, MD and its principal investigator is Professor David Nutt.

🧠 Studies into the psychedelic state itself

Should you be interested in contributing to science by participating in a clinical/neuroimaging study: most of these studies are still recruiting. Look them up on this website to study their inclusion and exclusion criteria and to find out more.
This overview only covers the research that has been registered at clinicaltrials.gov and is therefore not exhaustive. Do you know of other ongoing experimental studies in Europe, feel free to reach out to us!

1 The FDA (Food and Drug Administration in the US) granted the label ‘breakthrough therapy’ to mdma-assisted psychotherapy for PTSD (sponsored by MAPS) in 2017. In 2018 the treatment of depression with psilocybin (sponsored by Compass Pathways) was granted the breakthrough therapy status, followed by a designation for the research by Usona in 2019, also for the treatment of major depression with psilocybin assisted therapy.
2 Of course there are other psychedelics, but for the scope of this article we focus on the most popular substances for clinical research. We also focus on trials that induce psychedelic effects – unlike for example many ketamine trials where sub-psychedelic dosages are used.