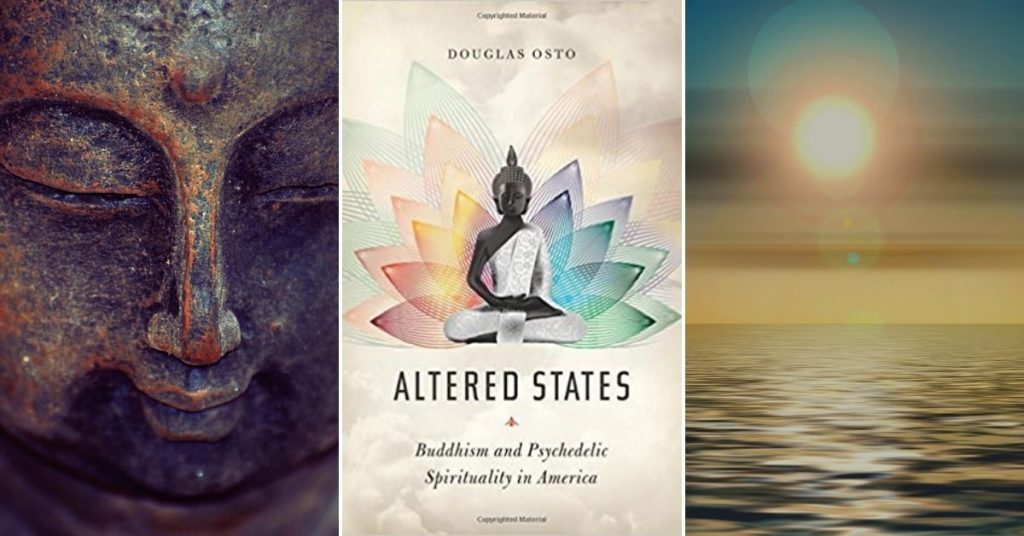 While many psychedelic enthusiasts claim to resonate with Buddhist insights, the overlap and interconnection between this group and formal Buddhism has not been studied extensively. This book is an attempt to fill this gap and it is the first one to combine statistical studies with an analysis of the different ways people regard the conjunction of the two. This is the second monograph in the series on psychedelics published by Columbia University Press, after William Richards’ Sacred Knowledge.

The book builds on information gathered from previous, less formal studies by Tricycle Magazine, which published a special issue on Buddhism and psychedelics, and Zig Zag Zen, a collection of essays and art inspired by psychedelics and/or Buddhism edited by Allan Badiner, of which a new and updated edition was released in 2015. It combines the data and views expressed in these publications with information gathered from interviews and a questionnaire carried out by the author.

The first chapter is the least exciting part of the book, as it elaborates on the statistics found in the aforementioned studies. The view emerges that there is an overlap between people that have done or currently still do psychedelics, and the people that are more or less formally involved in Buddhism. The author concludes that there is a tension between two opposing views within this overlapping group: those who believe that the two don’t mix, even if psychedelics may have led them to Buddhism, and those who believe that the two can work complementarily.

In the next two chapters, Osto goes on to elaborate on the history of these two movements in the United States since about the middle of the twentieth century. Both movements have had similar trajectories, with widespread early adoption, followed by a period of scandals, and ending in a rediscovery of their ground principles. For those who are familiar with the history of psychedelics (and/or Buddhism) in the US, these chapters will not bring much new information, except that it is interesting to notice that there has been an overlap since the beginning. Key figures in one movement often played an influential role in the other.

Then follow three chapters which discuss the role psychedelics play for Buddhists who have experienced them. Osto employs the metaphor of the door to show how some Buddhists see psychedelics as opening the door to their religious path. This is almost universally recognised by the group that is studied. Some however react later on by ‘them, refraining from using psychedelics after becoming seriously involved with Buddhism, while others ‘keep the door open’ and keep using psychedelics in conjunction with their Buddhist practice. Osto quotes extensively from the interviews he has done with many Buddhists and this strengthens the view espoused earlier that there are many opposing opinions. However, the interviewees generally agree that psychedelics have played a key role on their path and rarely judge them to be inherently negative.

The final chapter goes deeper into the debate within Buddhism surrounding altered states of consciousness. The author shows that even within Buddhist texts, there are multiple views on this subject. This chapter is the most interesting one of the book, as it dives deeper into the philosophical aspects of what constitutes experience, what altered states are (hint: meditation can also induce them) and how we can interpret one of the most important precepts within Buddhism, namely to abstain from intoxicants (the translation from Pali is imperfect, which makes the discussion even more complex).

The conclusions of the book are strengthened by the postscript in which Osto recounts some of his experiences with psychedelics and with meditation. By getting personal, he shows how these issues work out in daily life. This postscript gives the book a human face, one which is sympathetic to both Buddhism and psychedelics.

This book will be most interesting to people with a personal or academic interest in Buddhism, as it mainly deals with how Buddhists think about psychedelics and use or don’t use them for their spiritual growth. The more reflective parts in the second half of the book can be of interest to anyone who wants to explore the intersection between traditional religion and altered states of consciousness, be they induced by psychedelics or any other means.

PrevPreviousThe effects of MDMA on socio-emotional processing: Does MDMA differ from other stimulants?
NextThe effects of ecstasy on neurotransmitter systems: a review on the findings of molecular imaging studiesNext