Acid Test: LSD, Ecstasy, and the Power to Heal 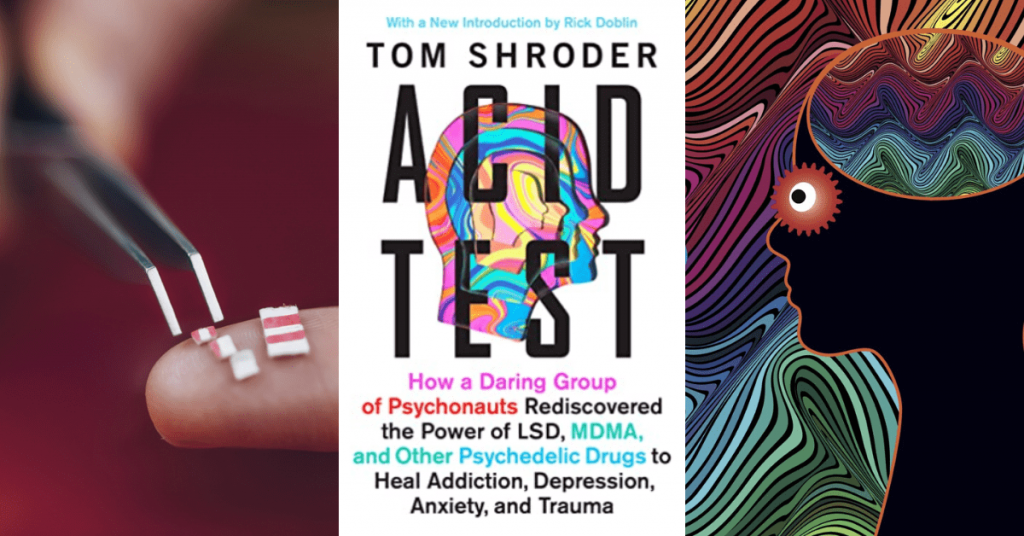 It’s no secret that psychedelic drugs have the ability to cast light on the miraculous reality hidden within our psyche. Almost immediately after the discovery of LSD less than a hundred years ago, psychedelics began to play a crucial role in the quest to understand the link between mind and matter. With an uncanny ability to reveal the mind’s remote frontiers and the unmapped areas of human consciousness, LSD and MDMA (better known as Ecstasy) have proven extraordinarily effective in treating anxiety disorders such as PTSD—yet the drugs remain illegal for millions of people who might benefit from them.

Anchoring Tom Shroder’s Acid Test are the stories of Rick Doblin, the founder and executive director of the Multidisciplinary Association for Psychedelic Studies (MAPS), who has been fighting government prohibition of psychedelics for more than thirty years; Michael Mithoefer, a former emergency room physician, now a psychiatrist at the forefront of psychedelic therapy research; and his patient Nicholas Blackston, a former Marine who has suffered unfathomable mental anguish from the effects of brutal combat experiences in Iraq. All three men are passionate, relatable people; each flawed, each resilient, and each eccentric, yet very familiar and very human.

Acid Test covers the first heady years of experimentation in the fifties and sixties, through the backlash of the seventies and eighties, when the drug subculture exploded and uncontrolled use of street psychedelics led to a PR nightmare that created the drug stereotypes of the present day. Meticulously researched and astoundingly informative, this is at once a personal story of intertwining lives against an epic backdrop, and a compelling argument for the unprecedented healing properties of drugs that have for decades been characterized as dangerous, illicit substances.

Tom Shroder has been an award-winning journalist, writer and editor for more than 30 years.

PrevPreviousBlood d-serine levels as a predictive biomarker for the rapid antidepressant effects of the NMDA receptor antagonist ketamine
NextAcid Test: LSD, Ecstasy, and the Power to HealNext